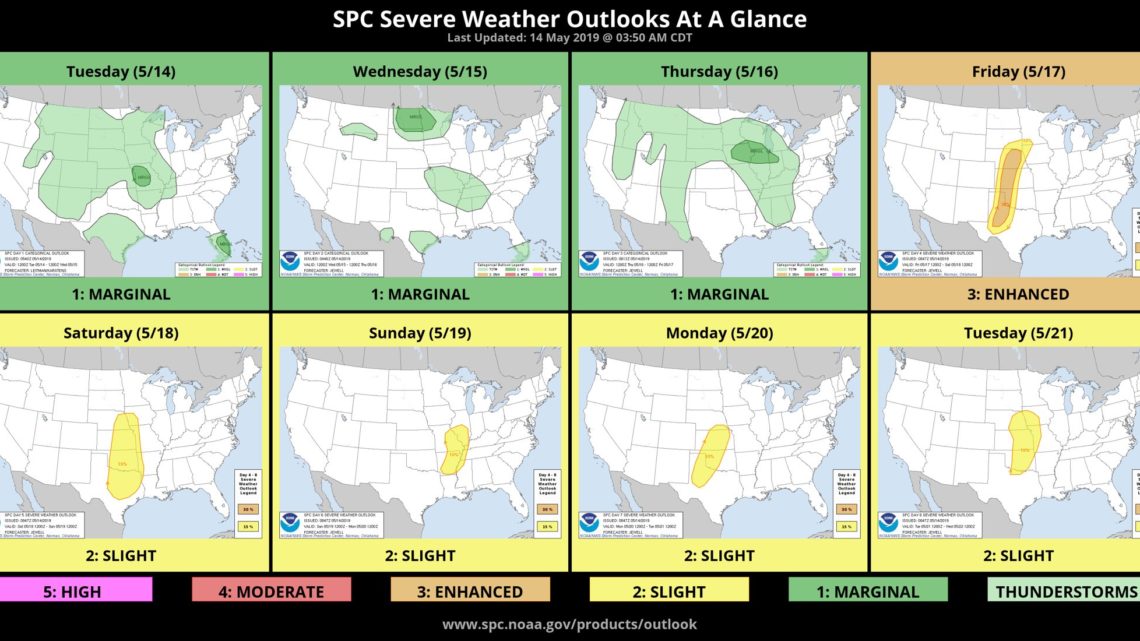 There appears to be quite a prolonged severe weather setup on the way. Not only prolonged, but potentially a very potent set up at times as well. Personally, I don’t think I’ve seen a prolonged set up like this before. The severe weather begins on Friday, and likely continues through at least Wednesday or Thursday of next week.

Basically, trough after trough will move through the Great Plains from Friday onward. This will bring daily rounds of severe weather to parts of the Great Plains, and at times into the Mississippi Valley.

Personally, this is a set up I can not pass up. It’s been two years since that last time I went storm chasing, and I have really been itching to go again lately. The plan originally was to fly into the Plains after work on Thursday, as I am scheduled to have Friday, Saturday, and Sunday off. But at this point, I think Monday is going to be the big day. So, I’m now planning on shifting my days off over a few days; and flying out after work on Sunday. This will give me two or three days of storm chasing in the Plains.

Of course, a lot can still change between now and Monday. So, I have not bought by plane tickets just yet. I’ll do a write up on Monday later on today.