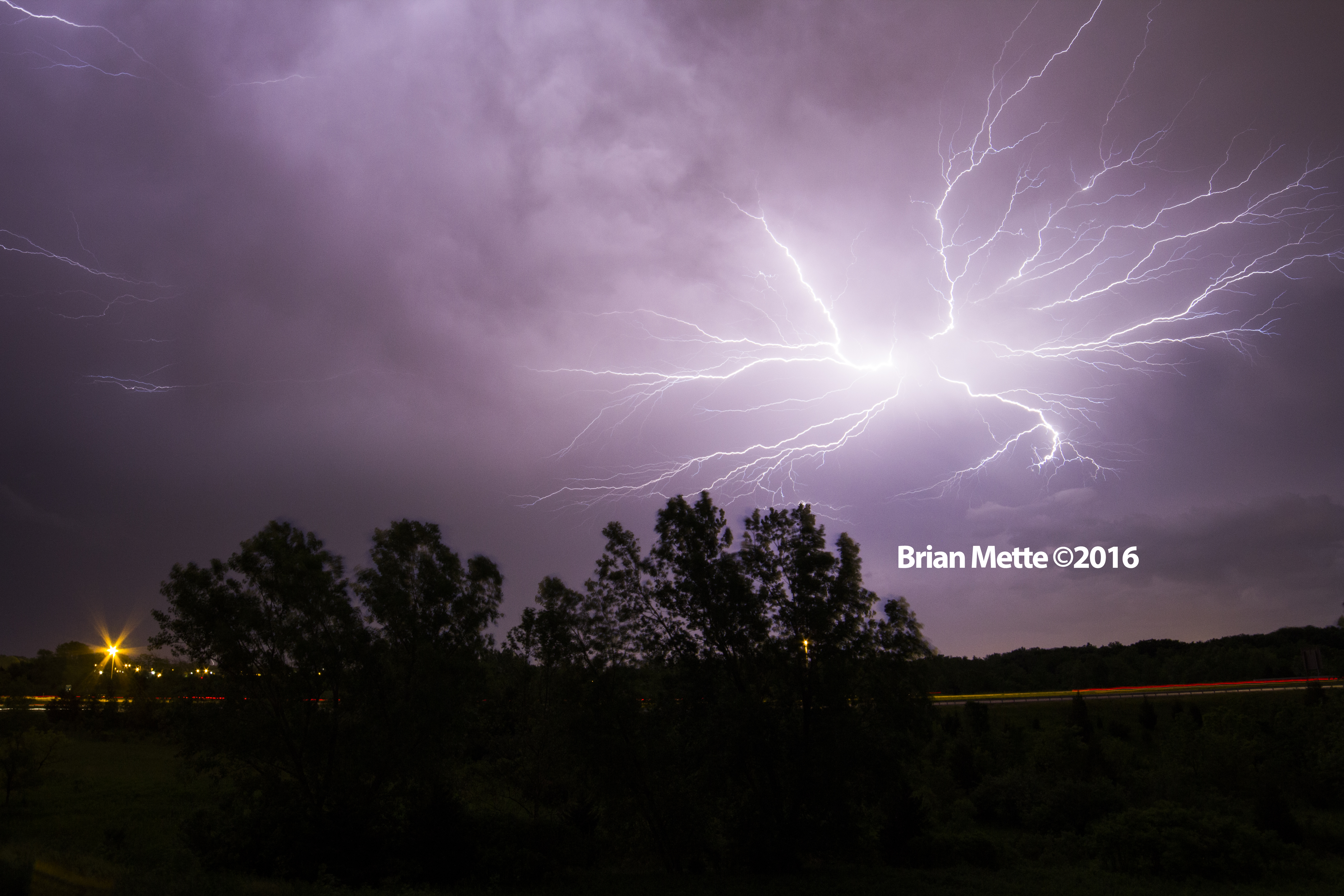 This was one of the storm chases where I should have just sat in my apartment all day and let the storms come to me. It was a very marginal day, there was a bit of instability, but not much wind shear. Also, the cloud bases were pretty high up as well; which is not a good thing if you want tornadoes. But, it was a Saturday, and I had nothing better to do, and I wasn’t going very far. So what the hell.

There was a line storms firing up in eastern Iowa before I even hit the road. I could see on radar that there was at least one embedded supercell. The plan was to head to eastern Iowa, stopping in Galesburg first to check data and grab lunch. When I got to Galesburg, I saw that there were storms firing up south; between Quincy and Macomb. I decided to head towards those storms instead.

So I chased the storms for a while, and drove through some rain. I think I only saw one lightning strike during my actual storm chase. Since these storms barelly qualified as thunderstorms, let alone anything interesting, I headed back home.

The storms followed me home, and I set my GoPro up on my patio to record a time lapse. I was saving my Canon Rebel for the lightning. As it started to get dark out, lightning began to become more and more visible. At that point, I set my Canon Rebel out on my patio and started snapping pictures. The storms trained for hours just south of Peoria, so I wound up with hours and hours of pictures. I ended up getting quite a bit of anvil crawler lightning pictures. I also took some pictures of some mammatus clouds as well.

So, the storm chase itself was a bust, but I still got some awesome photos.