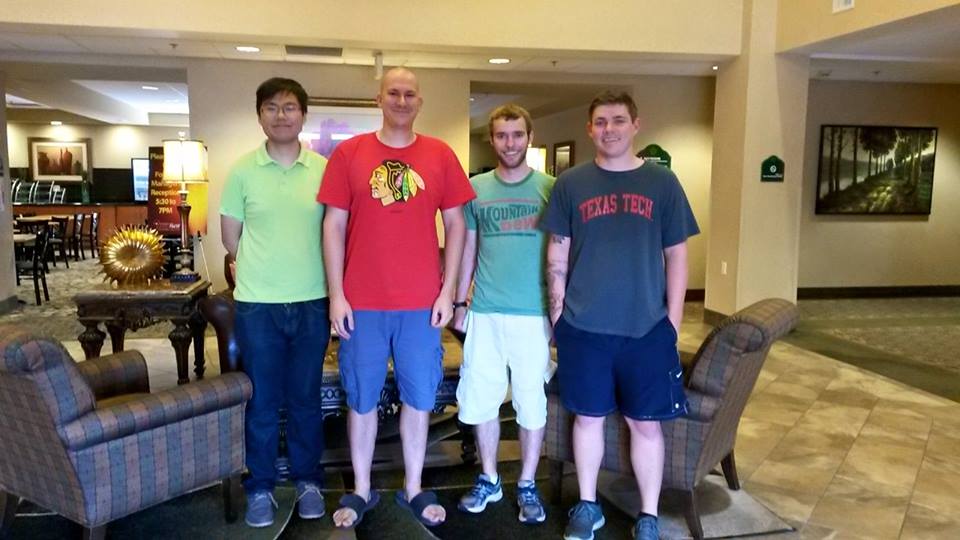 This update is long, long overdue.

On July 9th, Frederick, Ren, and I hit the road for Kearney, Nebraska. Hunter had to head back to Hays on the 8th, but would meet us in Kearney. This time, we ended up having nearly no down time in Kearney. In fact, I think we only had one day off. It got to the point where it was decided that the Fixed PISAs would be launching soundings every night, regardless of the mission that. At first, many of us were against this idea. We didn’t like the idea of having to be there and launching every night just for the sake of launching. But in reality, we would have had missions every night anyways.

My memory is a little fuzzy at this point about the specific day to day goings (I shouldn’t have waited to long to type this up.) We switched shifts day to day like we had done for all the project; one pair would work the late shift one night, and then the early shift the next night. This way, everybody would have a chance to go out after one every other night. I don’t remember how much we actually went out. I remember Hunter and I hit up a few bars one night. On the one night we had off, all four of us went out and did some bar hopping, and played pool.

On our final night, Hunter and I took the early shift, with Ren and Frederick on the late shift. Since I had the furthest to drive the next day, I volunteered for the early shift. That day, thunderstorms did develop in the area. We heard a bit of thunder and saw some lightning. I believe Frederick and Ren said they saw quite a bit more lightning on the drive down to Minden. After Hunter and I left, I think there were only like two radiosondes left, so they had an early night as well. Hunter and I grabbed a beer, and then I went back to the hotel.

The next day, I got up bright and early and began the drive back to Illinois. I got to Peoria, and picked up the keys to my apartment. Then, I went to my office and met with my boss briefly. I stopped back at my apartment, then headed up to Dekalb and grabbed dinner with someone. Then headed home to Elgin.As far as I know, the Plains Elevated Convection At Night field project was a big success. We collected a lot of good data on all of the targeted weather phenomena. For me, it was a great experience, and a great way to start my post-college meteorologist career. I had dreamt of participating in a large field project like this for a while, and working on PECAN was literally a dream come true. I would love to work on another field project some day in the future.