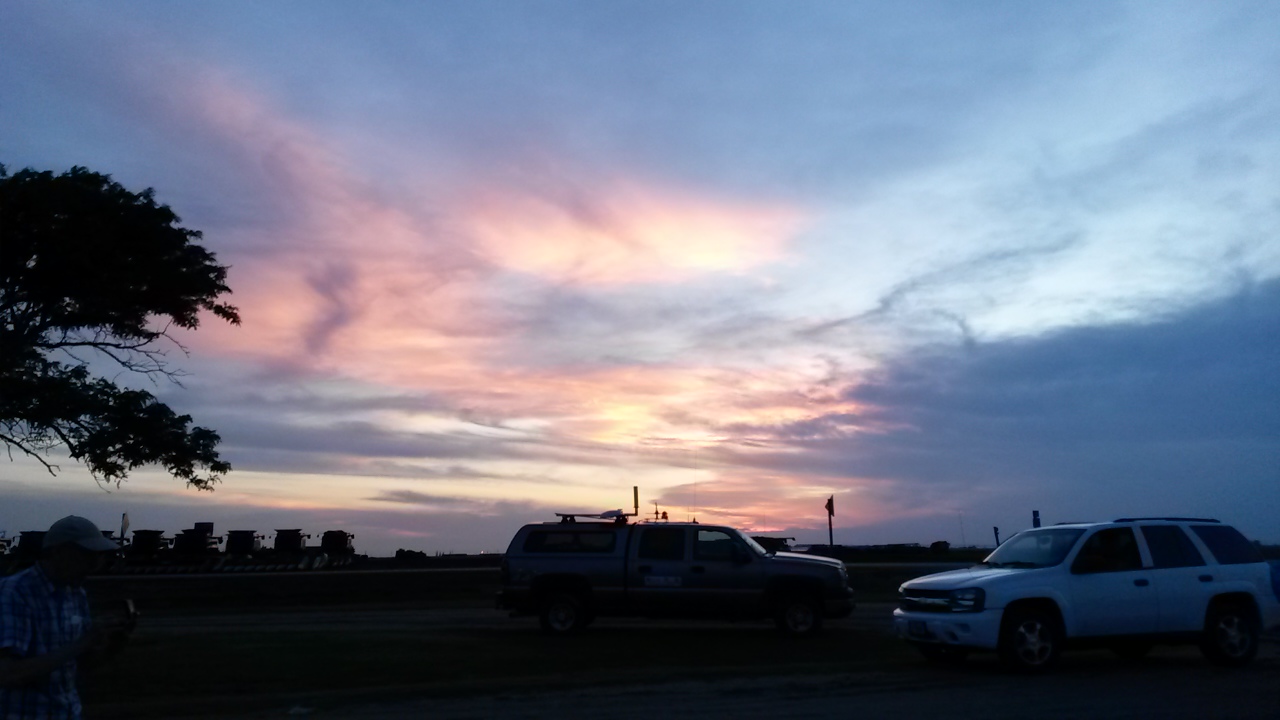 Monday night was the first mission of PECAN. IOP-1 (Intense Observation Period-1, I believe,) as it was called, started out as a shake down mission, but became an MCS (Mesoscale Convective System,) mission instead. An MCS was forecasted somewhere along the Kansas-Nebraska-Colorado borders, though the exact location was not certain. So, the plan was to head west to Colby, Kansas, and then split off the other locations afterwards.

My team, MP-4 (Mobile PISA-4,) left Hays at around 7 PM. The first stop was the PECAN vehicle garage/warehouse, where Bill was there waiting. From there, I drove the NCAR GAUS truck, with Abbi as my passenger, Jon and Lucy took their GSA Trailblazer, Tim drove the truck towing the NCAR MSS trailer, and Bill drove a sedan. Also at the warehouse, our destination changed. MP-4 was to head to Hoxie, Kansas; which is a little ways east of Colby.

Jon and Lucy got to Hoxie first, as they didn’t actually go to the warehouse. Abbi and I made it there next, followed by Tim and Bill. We met up at a gas station, and we ended up setting up just down the road a little ways. The plan was for everyone to launch their soundings as 10 PM (03 UTC.)

An MCS did form, but further north than the higher ups expected. So we were given the order to terminate operations at 11 PM. Once we packed everything up, we headed back to Hays.