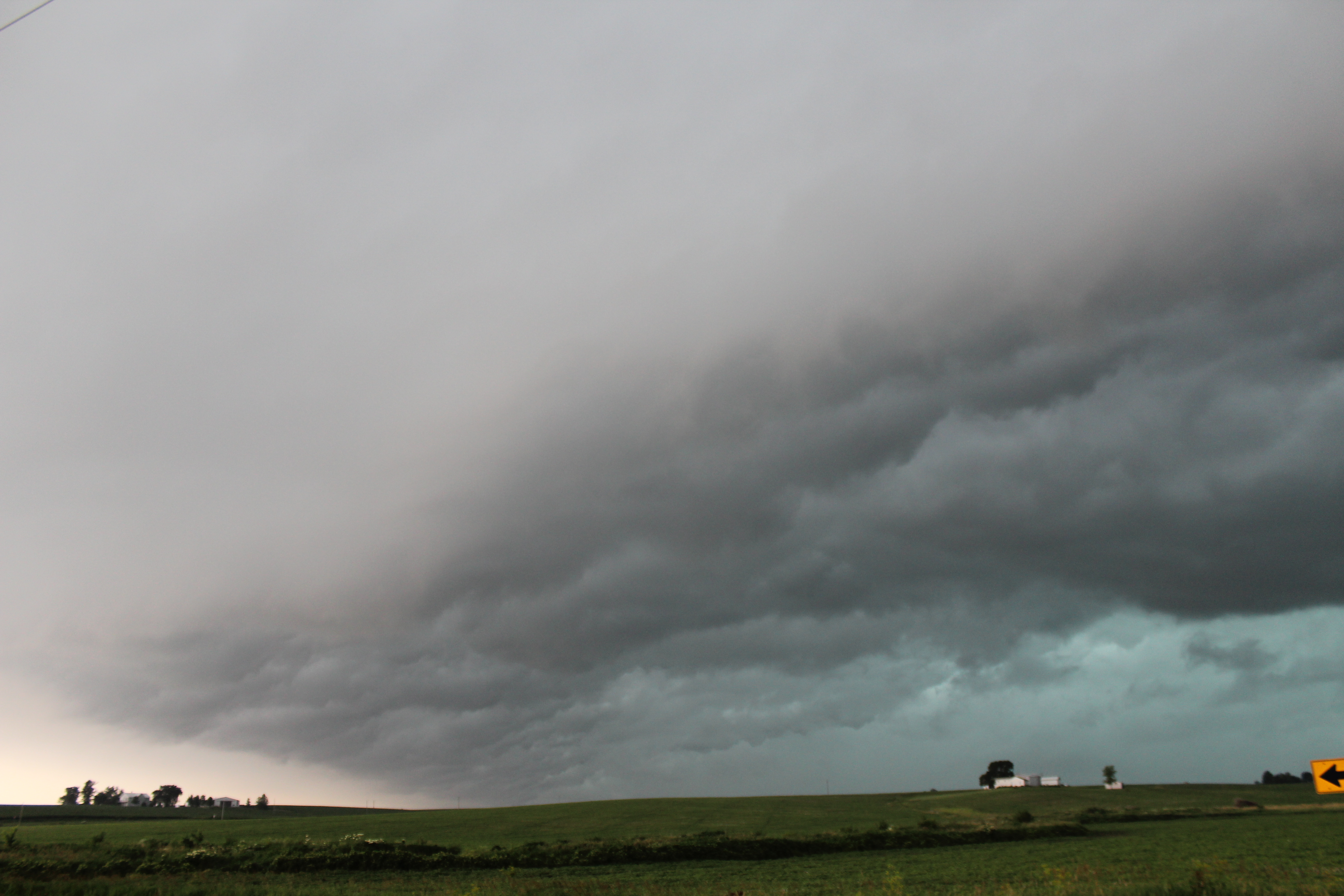 This was an interesting day, as two waves of severe storms moved through northern Illinois. I left my house in the morning and headed towards Iowa. While there had been some discreet supercells, by the time I got to the Iowa City area the storms had consolidated into a QLCS. I found a nice, open spot and let the storms overtake me. After enjoying the structure of the clouds for a while, I jumped back in the car and headed towards home.

The storms were moving pretty fast. Driving at high speed on I-80, I was just barelly able to inch ahead of the storms. During the drive home, I did see a lot of cool lightning, but wasn’t able to record any of it. Eventually, I made it back home, though the storms actually beat me there.