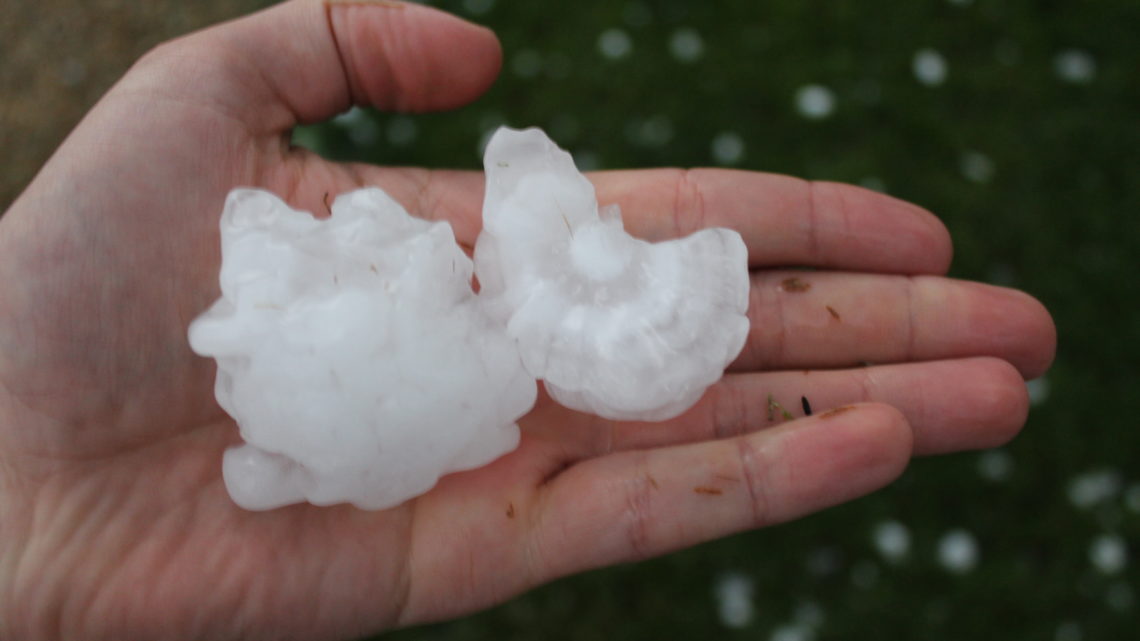 This chase was a kind of a spur of the moment thing. Earlier in the day, the SPC had 5% tornado probability right overhead. That eventually got downgraded to 2%. But during the late afternoon/early evening there were some strong storms moving into northern Illinois. One storm in particular, heading towards Dekalb, was looking supercellular; and possibly like it was trying to become tornadic.

So I jumped in the car and headed west and then south. As got into position south and east of the storm, I observed some very low clouds. At one point, the storm was moving almost due east, and then all of a sudden the storm took a right turn and headed straight at me. So I raced down some country roads trying to get ahead of the storm, unsuccessfully. Around Sugar Grove, I ran into some decent sized hail a couple of times. I decided to let the storm pass so I could see how large of hail fell. At Waubonee Community College I found hail as large as tennis balls.

I also tried a little bit of lightning photography, but was mostly unsuccessful.