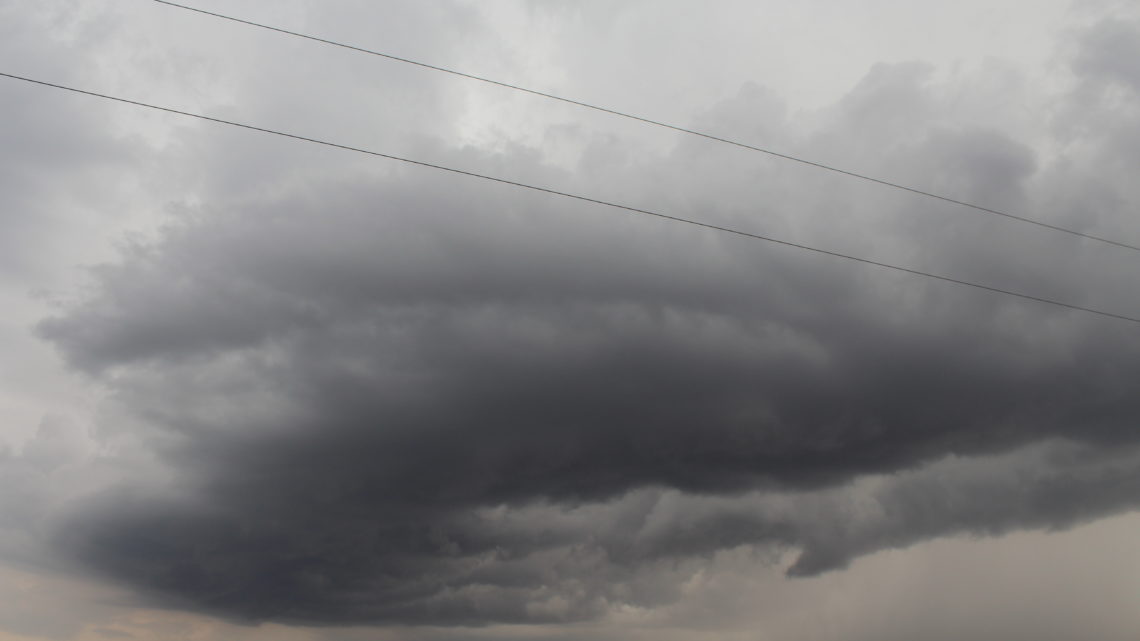 Originally I wasn’t planning on chasing this day. It didn’t look like a good enough shot at seeing anything to warrant my driving all the way to Iowa or Minnesota. But, the Storm Prediction Center upgrading the day to Moderate Risk did help sway my opinion a little bit, so I ended up going. I still did not want to drive all the way to Minnesota, so I target the southern end of the “northern target,” central Iowa. My initial target was Dodge City, Iowa. I got there in time to see towering cumulus going up all over the place. At the same time, there was a cluster of cells moving up from Missouri. I debated whether I wanted to follow the developing cumulus to the north, or hang out and wait from the storms to the south to approach me and the better air.

In the end, the choice didn’t matter either way. Neither areas produced a tornado. But I ended staying and waiting for the southern storms. Eventually, the northest most one started to rotate on radar, so I headed south to intercept it. It was soon tornado warned. Ultimately, it did not produce anything and the storms started to become linear. A little while after that, a storm in the line further south received a tornado warning, so I began to move towards that storm. Ultimately, that storm did not produce either. I decided to head for home.

As I did, I crossed paths with a severe thunderstorm moving through Des Moines. The storm had a history of producing golf ball sized hail, but the hail died off before I got there. all I saw was very heavy rain, and a very intense double rainbow.

In the end, I really didn’t see anything of value. Was it a bust? Kinda. There were supercells in the area I forecast, but they didn’t produce. But there were tornado warned storms, and I was on them. I’ll just chalk this one up to Iowa sucking.