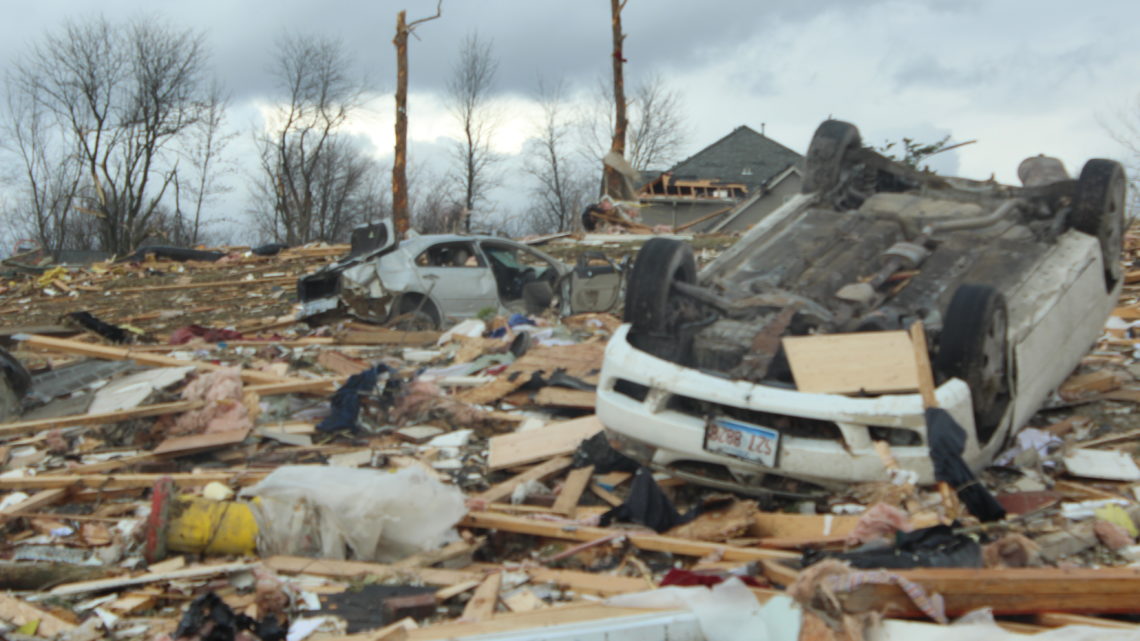 November 17th was the second and final High Risk day of 2013, as well as the largest severe weather outbreak of 2013. Both days, Illinois was interestingly enough. It seems that when I moved back to Illinois from Oklahoma, I brought the tornadoes with me.

The setup was definitely unusual for November in Illinois. Abnormally high temperatures in the warm sector of a cyclone. To the west a strong cold front bringing frigid, normal November temperatures. The result was extreme instability, good wind shear, abundant moisture, and a strong lifting mechanism; all the ingredients of a tornado outbreak.

November 17 was definitely a long day for me. I worked my normal bar tending job the night before. Luckily, it was a slowish night, and I was able to leave somewhat early. As it was, I was only planning on getting maybe two hours of sleep. But of course, I can never sleep before a big storm chasing day. So I got up bright and early, and headed, got the car ready, and headed south.

I had a couple different initial targets in mind. I wasn’t sure how far south I wanted to go. Eventually I just decided to stop in Normal, and wait and see. Eventually, the storms started to get close, so I headed west towards Peoria. As I got near East Peoria/Washington, I decided to head south, as there were two good looking storms that way. As I headed south on 155, I had to make a fateful decision. To my west was one storm, a bit smaller, but looked like it could be doing a right split. To my south was a little bit larger storm, and it was more discrete.

I ended up choosing the southern storm. I raced to get ahead of it, and found an open area to view it from. There, I observed the storms mesocyclone, and possibly a wall cloud. But as the storms were moving at over 50 MPH, I did not have long to view it from there. I hopped back in my car and chased after it.

With the incredibly fast storm motion, I had trouble keeping up with the storm; let alone get ahead of it. I took I-55 north, and eventually intercepted the storm in Bloomington/Normal. Driving through Bloomington, I encountered heavy rain, a lot of hail, and very strong winds. At one point, the wind, rain, and hail went crazy. Visibility dropped to near 0. At the time I thought I may have driven into a circulation of some kind. In retrospect it may have just been a microburst or downburst of some kind.

I made my way through downtown Bloomington, and was quickly passed up by the storms. At the point, with how fast the storms were moving, there was no way I could catch up to them. So I decided to call it a day and head home. As I drove north out of Normal, I came across a mile long stretch of power poles that had been snapped in two. The cause of this was most likely straight line winds.

About that time I became away of the tornado damage East Peoria and Washington. Since I wasn’t far away, I decided to head over there and take a look. I drove through one particular neighborhood, and what I saw reminded me of Joplin, MO.

The neighborhood I drove through and the damage I saw was not even the worst of it. As I drove east on 24, I looked to my right and could see neighborhoods that had been completely leveled. I was only able to get a quick picture with my cell phone.

Now, by the time I got to Washington, I had about 1/4 tank of gas left. I knew I wasn’t going to fill up on gas in Washington. What I didn’t know was it would take me over an hour to get out of Washington. As I hit the road heading for home, I began stopping at every gas station I came across. But each one was closed, due to the electricity being out. I grew more and more worried as my gas tank got lower and lower. Just when I was pretty much running on fumes, I found an open gas station. By that time, the cold front had moved in. It was extremely windy, and considerably colder out.