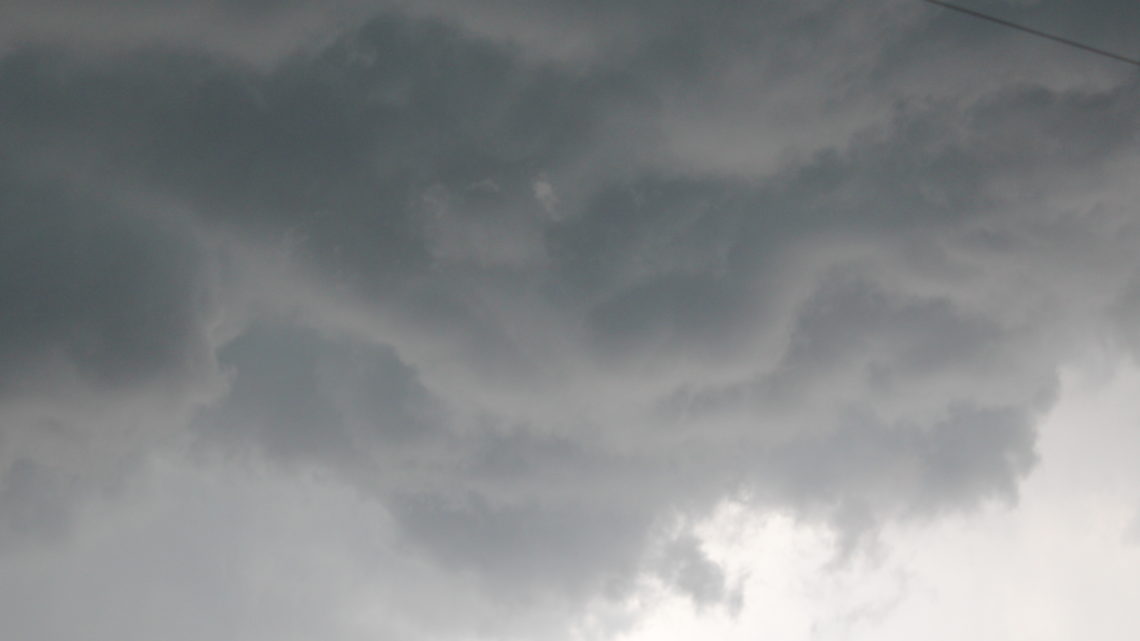 I had spent the night in what I call “my hotel” in Norman, OK. Woke up a little later than usual this day, as I had stayed up late the night before to visit with a friend. As soon as I walked out of the hotel, I felt the warm, humid, windy weather wash over me. “This is tornado weather,” I thought to myself. In hindsight, I should have stopped, listened to myself, and stayed in Norman.

I grabbed some lunch, and made a stop to visit someone, and then got underway. All of central Oklahoma had great conditions for tornado development, so I figured I’d head to the southwest and catch the storms as they developed. The first couple developed around Lawton, and I did something I keep telling myself not to do; I went after the first storm to develop. As I drove further south, a storm did fire southwest of Norman a ways. I noted it, but kept driving.

After driving around in circles and wasting time, the storm I was after became tornado warned. I noted the storm near Norman had gotten big and was dropping large hail. I drove south looking for a good position to watch the storm. I settled on a large dirt enterence to a farm that was on a hill. As I parked, the owners and residents of the farm actually pulled in as well. They were very nice people, and actually pulled up next to me and watched the storm with me. I did my best to keep them updated on the weather.

It was around that time I noticed there was a Tornado Emergency for Moore, with a large tornado on the ground. I didn’t have much cell phone signal down there, so I turned my radio on and found a station playing audio from News Channel 9. As I watched my storm (which did have some of the coolest lightning I’ve ever seen, and the strangest sounding thunder,) I listened to the disaster that was unfolding in Moore.

Eventually, I left the farm to chase after my storm, encountering plenty of other chasers that had chosen the wrong storm as well. Even saw the Dopplar on Wheels from the Center for Severe Weather Research a few times. I continued to chase my storm for a while, and it did drop some tornadoes. But I never saw them. And with my camcorder not working, I couldn’t even tape the cool lightning I saw. The only thing I managed to photograph was some cool, turbulent looking clouds.

At one point when I started getting better cell phone signal, I was notified I had a voice mail from my mom, checking to see if I was ok. My facebook was blowing up as well, with people checking on me. Apparently, the Moore tornado was national news at that point, and with me being abnormally quiet on facebook and twitter due to lack of cell phone signal, people feared the worst. I called my mother, and I posted on facebook to let everyone know I was ok. I eventually gave up on my storm, and called it a day.