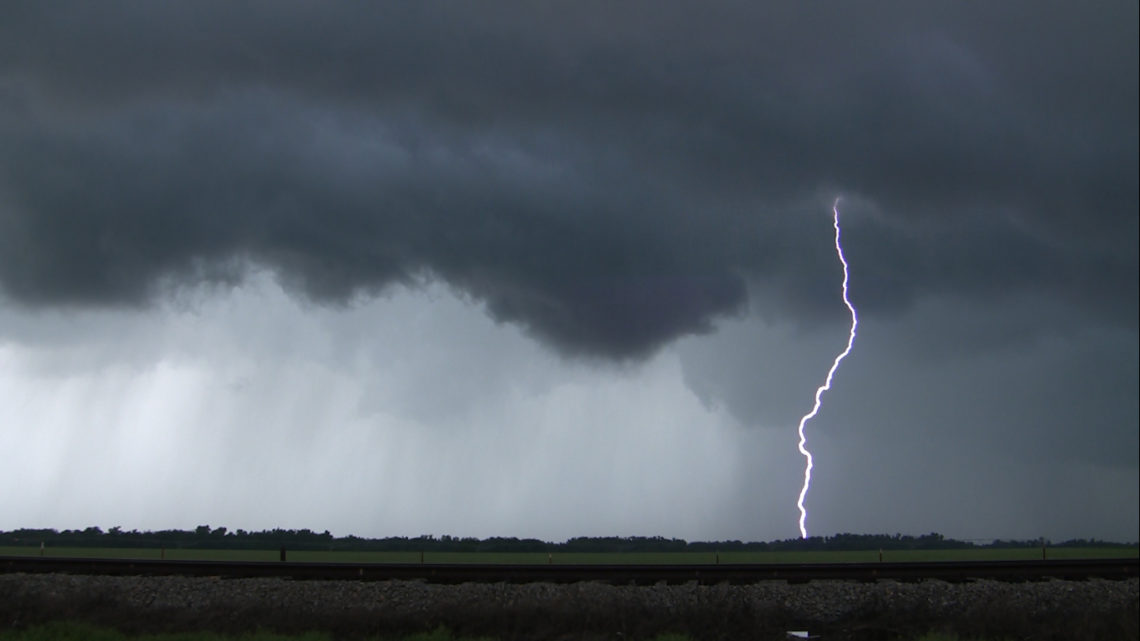 The April 13th storm chase was kind of a spur of the moment thing. If I remember correctly, the tornado probabilities were not that high, the next day looked better, and I had work later that day. However, some isolated supercells began to fire up not that far southwest of Norman, so I decided to go for it. After getting my car ready, I jumped on the road and headed towards Chickasha.

I found a nice open spot just west of Chickasha, so I pulled over and watched the storm for a while. I got some cool storm structure pictures, and a couple of shots of lightning. As the storm moved off, I jumped back into my car and followed after it.

I followed the storm for a while, as it moved closer to Norman. At one point, as I turned to get onto highway 9, I drove right under the hook, and a very intense updraft, as well as low rotating clouds. As I followed highway 9 east through southern Norman, some people I was talking to on Spotterchat alerted me that there was in fact a torando on the ground, to my north. I couldn’t see it behind the rain and the buildings, but I could see power flashes. At that point, I stopped chasing and instead raced to get to my at the time girlfriend’s apartment; to rescue our dog. Along the way I did get pinged by some large hail. Luckily, the tornado went further north than our apartment complex.

After I grabbed the dog, I drove to the west and viewed some of the damage caused by the tornado. I saw uprooted trees, downed power lines, and structural damage to buildings. 20 people were injured, and the tornado was rated an EF1.