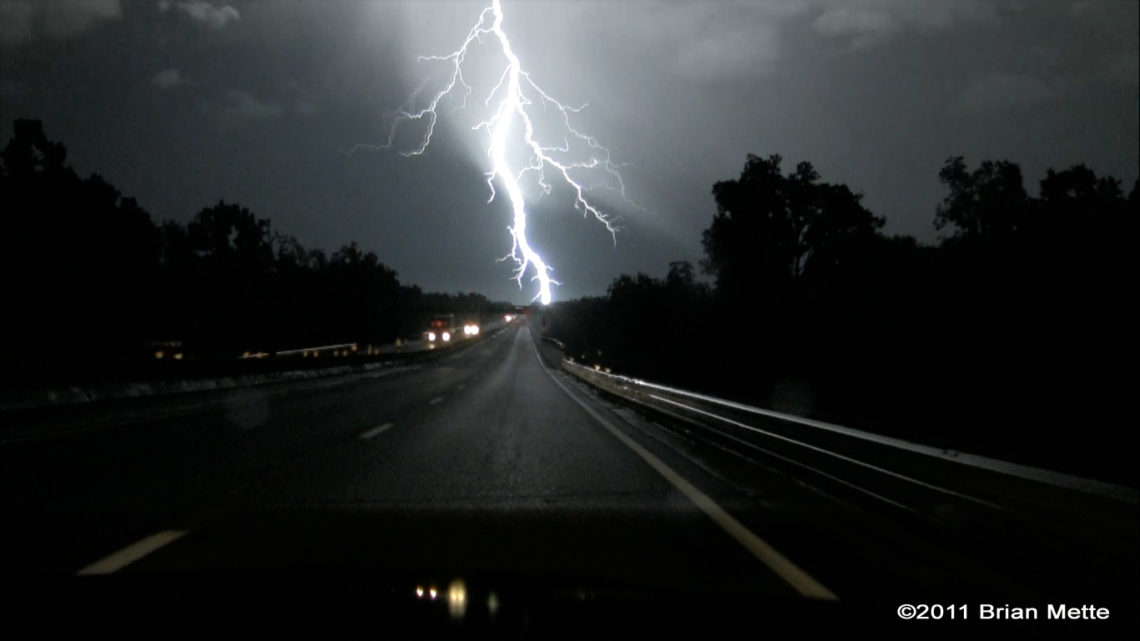 This was my first storm chase in Oklahoma, and it just happened to be a High Risk day. I had driven down to Norman earlier that week to meet with an adviser at OU, as well as find an apartment for myself. Fortunately for me, that particular May had been pretty active. On May 10th, a tornado touched down in Norman, just south of the National Weather Center. Then, on my second to last day in Oklahoma, a Moderate Risk was issued, and there were several tornadoes in the Texas panhandle.

So on the 19th, I decided to go find some tornadoes before I started back home to Illinois. After leaving my hotel, I headed for western Oklahoma. After heading west for an hour or two, it became apparent that the best storms were further north. So, I headed north, and soon had my first encounter with the notorious lack of cell phone coverage in northwestern Oklahoma. So, with out a cell phone signal, and therefore no radar data, I did what I could visually. I even called my mom back in Illinois and asked for radar updates (because I could make calls, but not get data apparently.)

Eventually I came to a stop in Canton, OK as I noticed I was in the path of a storm. I knew I was in a bad spot because I could see heavier rain to my north, and darker, lower clouds to my south. But I was too sucked into the beauty of the storm to realize I really needed to move. But alas, I did not. And soon, very large hail stones began to fall. As soon as the first hail stone hit the ground, I jumped in my car and flew south as fast as I could. It took me a while and some hairy driving, but eventually I got south of the storm, and out of the hail. After the storm moved off, I drove back up the road I had been on, and got out to survey the hail.

Back towards the spot where I had stopped early, I found hail stones almost to the size of tennis balls. Not only that, so much hail had fallen that it covered the ground like snow. I even saw a tractor plowing hail off the road at one point.

After stopping to check out the hail, the chase continued. I followed after the storms for a few more hours, but I had fallen too far behind the fairly fast moving storms. Eventually I gave up, and decided to start the drive back to Illinois. Of course, after I jumped on the interstate, I did catch up to the storms I had been chasing. But by that time it was dark, and I didn’t feel like core punching at night for the chance of seeing a tornado. After recording some really cool lightning, I decided to stop for the night in Tulsa, deciding it was too risky to keep driving that night.